KI for IT Convergence

The KAIST Institute for Information Technology Convergence conducts global-leading multidisciplinary research and industrialization with the aid of information technologies.

The KAIST Institute for IT Convergence (KIITC) aims to activate interdisciplinary research of KAIST with major contributions of IT technology and create new engines of the national economy by developing the long-term competitiveness of exciting industries as well as new IT industries. 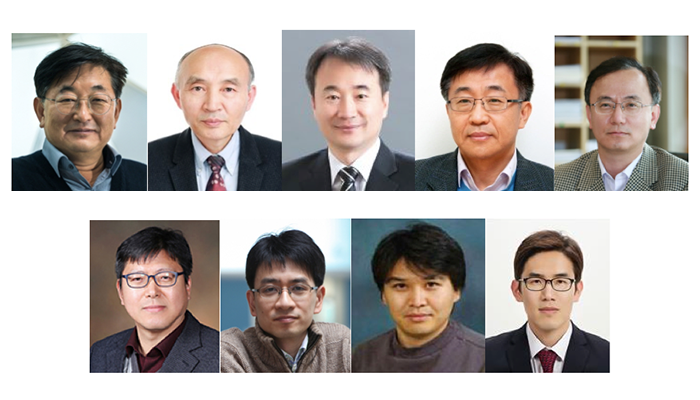 This center aims at a high resolution 4-D radar, for which a hybrid beamforming antenna array and chip set to support many antennas are developed. A unified system for both radar and communication with a new waveform will be studied. Also, algorithms for radar applications are being developed.

The Intelligent Technology Research Team is focusing on IoT (Internet of Things) technology that connects all the daily (physical or virtual) objects we interact with and provides up-to-date information and appropriate services to users. The IoT allows objects to be sensed and controlled remotely across existing network infrastructure, creating opportunities for more direct integration of the physical world into computer-based systems. IoT technology makes objects alive (sensing and controlling), intelligent (processing information by itself or with others), and cooperative (exchanging information with each other), and it provides users with smart mashup services.

The Augmented Reality Research Center conducts research that investigates ways of augmenting the physical, intellectual, and social capabilities of humans. The Center approaches this work by creating virtual representations of users and spaces.

Recently, the medical device and service industries have applied IoT technology to their work and have dramatically increased demand from users. Moreover, this phenomenon is creating new markets in the industry. Now, the new markets require various highly accumulated unconstrained, non-invasive sensors for bio-signal measuring and processing.

Most of the information that we get is obtained using sensors. To diagnose diseases, demand for self- and early diagnosis using various sensors has been fast growing, and the requirements of development for unconstrained and non-invasive sensors through u-Health technology have been growing. A low-dose radiation detecting system can be realized through development of a photon counting linear detecting module using a high energy photon detecting sensor and image realizing technology. Also, disease can be diagnosed using various sensors. 3-D image sensors using millimeter wave can be used in radars of vehicles or robots and short-range motion sensors. This division’s target is the development of core technologies to develop various sensors such as those relevant to Pin/Coded Aperture Gamma Cameras, A-Si Flat Panel Detectors for Digital Radiography, real-time bio signal-measuring systems for multi-user using differential radar, ASIC for Analog to digital signal processing, etc.